This is my cat Lily sitting next to her beloved Jack-O-Lantern. 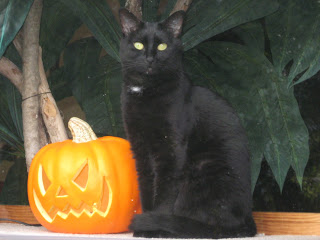 Halloween was my favorite holiday when I was growing up. It was dress-up day at elementary school and everyone paraded around the block in their costumes. How cool is that?

Back then, we trick or treated the day before, the day of, and the day after Halloween. The day before was a little lack luster and most residents grumbled "Come back on Halloween" and then slammed the door in our faces. The day after was pretty good because most  people wanted to get rid of their leftover crap so their own kid's teeth wouldn't rot out.

Anyway, on Halloween night, there was always the special houses that gave out cool cupcakes or over-sized candy bars. After we visited these houses, we had to run home and change costumes and make a second trip or maybe even a third, undetected, to collect more goodies. The most disgusting treats that I remember were the unwrapped popcorn balls. When you pulled them out of your sack later, other treats and pennies were stuck to them like super glue.

The most terrifying thing on Halloween was the urban legend of the "one light gang". Rumor had it that the "one light gang" was a car full of teenagers that would drive up beside you and steal your bag of treats. When you spotted a car with only one headlight, you immediately jumped into a ditch to hide from them only to find the ditch was full of water that came up to your knees, and then you realized the car was simply a motorist with a headlight out. Things just got worse from there. When you got home you realized the bottom of the sack had gotten wet, the paper bag had finally given way, and you had lost most of your treats.

Ahhhhhh, Halloween. I loved those days!

I don't know if you have traveled outside of the U.S., but I'm here to tell you that there is a big difference between traveling for pleasure and traveling for business purposes.

My idea of traveling for pleasure is reaching your destination and checking into a fine hotel or resort and laying on the beach and bumming around for days.

The business side of traveling as I've experienced would usually entail a cheap hotel where no one speaks your language, and you're stuck in cramped offices all day trying to make a sale. There was usually no time for sightseeing or going out on the town. It was strictly business.

However, there were times I've never forgotten. For instance, one time in Kuwait I was walking down the street at night with a client name Abdullah. He had never been out of his native country.

He looked up at the night sky. "Bob, does the moon in the U.S. look like ours?" he asked.

I smiled and replied. "Our moon looks exactly like yours."

I'll never forget that moment, and the experience of that particular trip is what inspired my upcoming novel, Souls of the Desert.

As I mentioned in my last blog post, the Joplin High School Class of 1966 had its 45th year reunion this past weekend. This was my first time to attend and I was pleasantly surprised to see the parking lot full of cars  instead of a fleet of OATS buses as I had imagined. OATS used to stand for Old Adults Transportation Services, but I think it has recently been opened up to anyone in need of the service.

Upon arrival, we were each given a name tag that included a picture of ourselves from the yearbook so everyone wouldn't keep asking "who the hell are you?" all night.

After a quick trip to the portable bar and a few handshakes, we were ushered out front for a group picture. As the camera snapped away, we were all looking pretty good, in a geriatric sort of way.

It was nice to see old friends again. I immediately recognized some of them, but others I wouldn't have guessed who they were in a million years.

Most people seemed shocked that I had become a novelist, instead of just getting out on parole. I refrained from touting my latest book too much, and after several trips to the bar, Anheuser's disease (not Alzheimer's) started to set in, so I probably forgot the name of it anyway.

A buffet dinner was served followed by a tribute to our classmates who has passed on. Then a vote was taken in favor of having a 50th class reunion, as each one of us optimistically assumed we would still inhabit the planet in 2016.

The DJ finally kicked off the celebration with some music and the party-goers flooded the dance floor. Through the sea of shuffling feet and gyrating hips, I looked down to see if I could spot any fallen dentures or hairpieces, but everything was cool.

It ended up being a fun-filled evening. No one got too inebriated although my pal Bob and I were pushing the envelope. My hat goes off to the reunion committee for all their time and effort that resulted in a successful evening.

After we had all the fun we could stand, we departed around 10:15 p.m. Bob and his wife loaded up in the car with us, and my wife was the designated driver for the evening.

It was nice to meet old classmates again and see how we had turned into mellowed senior citizens, and had departed from the rowdy teenagers that we once were. However, as I left the party I did find a bra on the parking lot. It was pink and size 36 long, if anyone cares to claim it.

* Disclaimer - This blog post has been embellished for the sole purpose of entertainment. Names, characters, places, and incidents are either the product of the author's imagination or are used fictitiously, and any resemblance to actual persons, living or dead, business establishments, events, or locales is entirely coincidental.
Posted by Robert M. Roberts at 11:26 AM No comments:

This coming weekend, I will be attending my 45th high school class reunion. It will be the first one I've attended, since every year there was a reunion scheduled, I was always outside of the country in some God forsaken place, or I just forgot about it.

The newsletter stated the attire for the reunion would be casual, but I still haven't zeroed in on specifics yet. I searched my closet, high and low, for my Beatle boots, pipe stem blue jeans with zippers sewn in at the ankles, and madras shirt, to no avail. Rats. Mom must have sold them in a yard sale, forty years ago. She never was one to hang on to nostalgia.

I'm excited to see my old classmates, but apprehensive of what to expect.

Will the girls I dated remember me? Not a chance. I think I was only four feet tall when I was a senior, so I had to date the sophomores.

We might observe a moment of silence with respect to the former "Green Parrot" Bar, where most of us hung out. Back then, we could drink at 18 years old, with the aid of fake ID's.

Is there a chance that someone might mistake me for the star quarterback instead of the student manager?

Regardless, I'm looking forward to seeing each and every person from the Joplin High School graduating class of 1966.
Posted by Robert M. Roberts at 3:46 PM No comments: 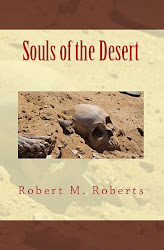 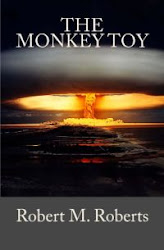